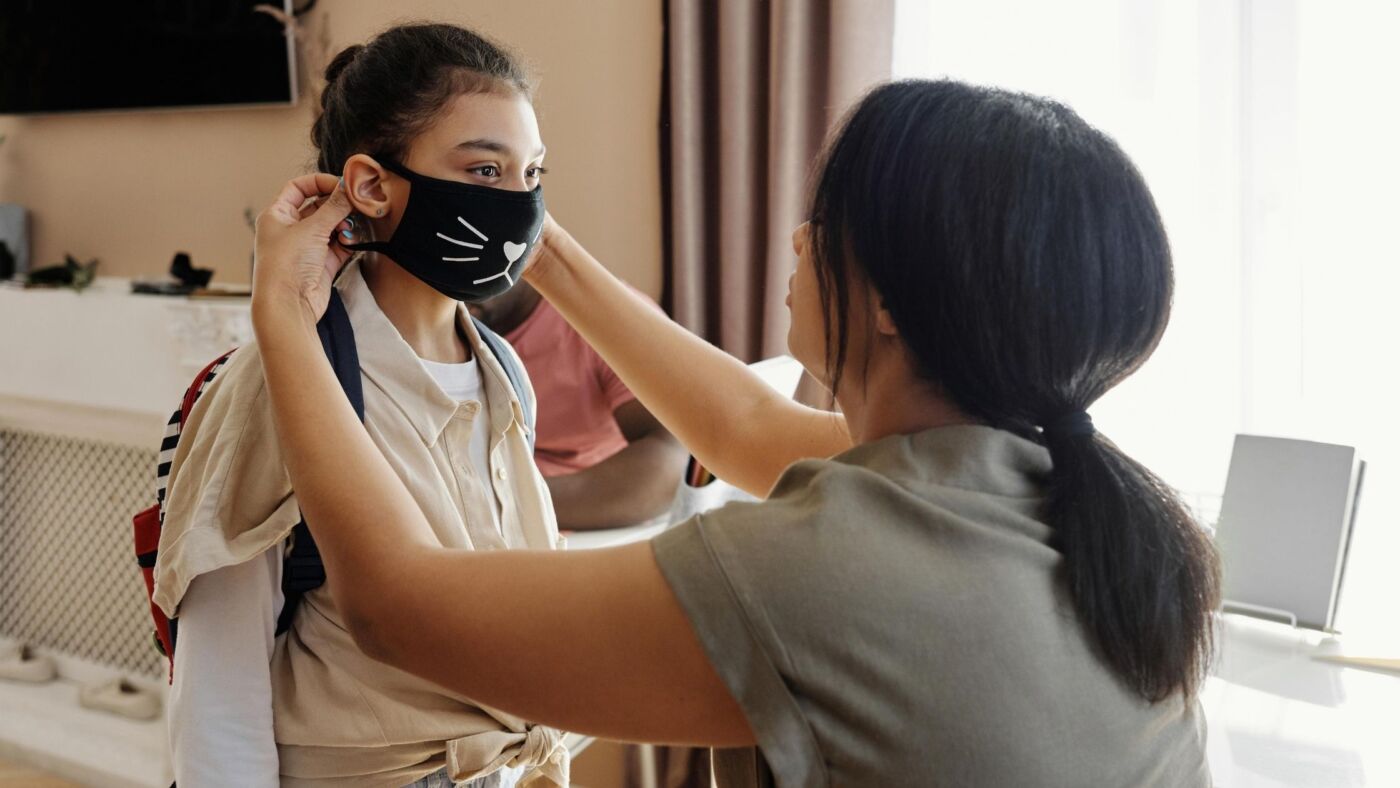 The global COVID-19 pandemic has unsurprisingly been the subject on everyone’s lips in 2020.

Science suggests that even in a year or two from now we might still experience the consequences and feel the changes in the wind.

This global health crisis is complex and we haven’t seen anything like this since the Spanish flu of 1918, which took approximately 50 million lives around the world.

Many people are experiencing a global crisis for the first time in their lives.

Although it is perhaps a bit daring to try to predict what the future will look like, one can’t help feeling curious and wanting to know what to expect next.

The truth is that nobody knows what will happen over the next few years.  We can’t control what the future will bring and that’s OK.

These predictions are based on different scientific resources and from the information gathered, the following is presented:

Although countries have been affected differently, it’s rather safe to say that the pandemic has caused a lot of uncertainty from an economic point of view.

People have lost their jobs, been forced to reduce their hours and pay or even take unpaid leave.

Some have had to do all of the above in order to home-school their children temporarily.

Although one can’t with certainty predict what will happen within the next couple of years, it seems plausible to say that it will take some time to recover from this pandemic from an economical point of view. But where there is fear there is also hope. According to the conversation, the pandemic has highlighted how fragile our system is where people make money to spend money and when we have less money, we only buy things we deem necessary.

Now this means that when we are at risk of losing money in any way, we rethink our consumerism behaviours. So when people lose money, businesses lose money.

Highlighting a fragile system could potentially mean making room for social change. Now that we know how challenging things could get, we can learn how to deal with health crises better.

Sometimes taking a step back to reflect means showing compassion and understanding as well as uniting people. An example of this is the NHS in the UK.

A valuable lesson learned by the UK government in the years after World War II was to take care of their citizens. The NHS was founded for post-war recovery and for the welfare of the people and we are still benefiting from it to this day.

The pandemic has made us change our values, which could potentially be grounds to build a more humane and ethical system. We can already see an example of this with volunteering organisations such as https://covidmutualaid.org/ that coordinate care efforts for vulnerable people during COVID-19. On this page, you can find community groups in your area that are in need of help and support and you can register as a volunteer. 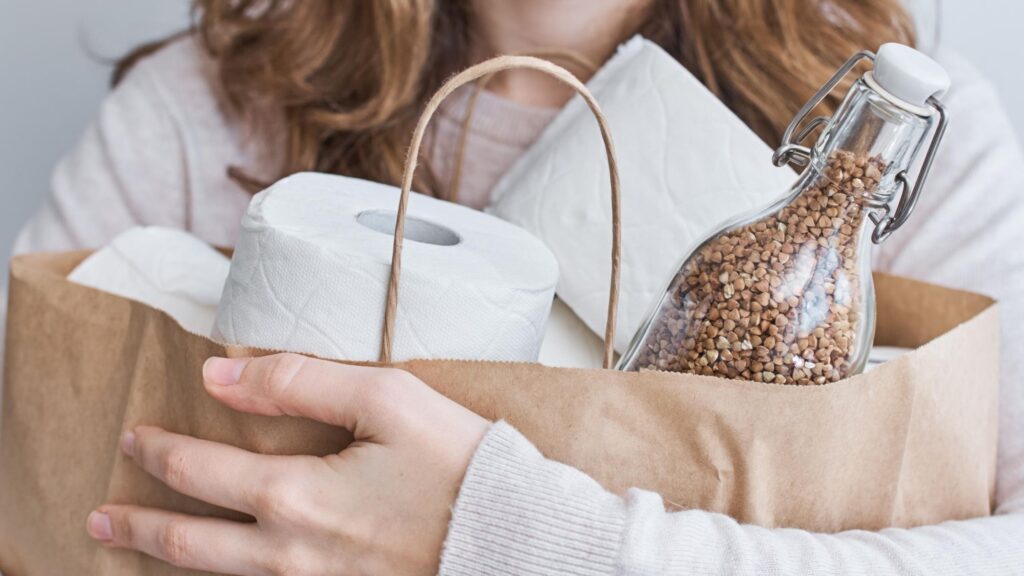 The pandemic has brought a lot of changes to our everyday behaviours, from bulk buying to waving rather than shaking hands. For the first time ever we are asking ourselves as well as each other whether it is necessary or safe to meet up and alternatives such as video chats have become a regular occurrence.

Behavioural psychologist Kate White predicts these behaviours will evolve to people asking whether they have to meet in person for work meetings and such, which is something that never would have been asked before.

If this pandemic has taught us anything, it is that the world is more unpredictable than we thought.

Life as we know it has changed and made us feel more fragile and cautious in our nature. According to the prospect theory – the theory of weighing potential losses and uncertainty when making choices, we tend to overestimate potential losses when weighing it towards potential gains.

This means that the fear of losing something is greater than the equivalent gains.

Bearing this theory in mind and the fact that a lot of people are experiencing a crisis for the first time in their lives, one could predict that this threat might be a bit more magnified in some people.

They might, for example, avoid things that they would usually happily do before the pandemic, such as taking the bus, attending social events etc. Especially if they have personally experienced loss or misfortune due to COVID-19.

However, according to psychologist Valeria Martinez-Kaigi, fear-based behaviours like bulk buying, excessively washing one’s hands or avoiding social events is not a sustainable modification of human behaviour. With this, she means that once the threat the pandemic brings fades, so will the related habits.

Although it doesn’t mean these habits and behaviours will disappear straight away, as many people will have reason to be vigilant, it might mean that we will act cautiously only for as long as there is reason to do so. But this is, of course, further down the line.

So what can we make out of this?

The pandemic affects people in many ways and although we may be more cautious and physically reserved than before, these behaviours are driven by caution and fear, which are not sustainable modifications for human behaviour.

The pandemic crisis has unified us in the way that we are all collectively fighting the same enemy i.e. the pandemic at the same time.

The uncertainty of the pandemic thus has the potential to form post-pandemic solidarity.

One could state that our consumerism behaviours are affected by our economy and overall wellbeing. All of them being at a fragile state of uncertainty, we can already see slight changes in people’s consumerist behaviours.

The pandemic has thus made people more frugal and although people are losing money for various pandemic related reasons, they tend to put more money in their savings account.

Perhaps the expression “saving for a rainy day” has become more relatable in these times of health crisis.

Social distancing and lockdown have made people invest money in various ways to entertain themselves from the comfort of their homes and there has been an overall shift towards buying things online instead.

During the Great Recession of 2008 that devastated the world economy and made millions of people lose their homes and their jobs, although the US was primarily hit, put multiple European countries like Ireland, Greece, Portugal and Cyprus in so much debt even the banks were running out of money.

Back then experts predicted people would become more frugal and adopt more minimalistic lifestyles and only spend money on necessities. These predictions turned out to be mostly wrong as the people of the US went on to save less and spend more money than before.

“Consumers suddenly don’t seem to care very much about that, perhaps because they feel buoyed by a finally healing housing market, a falling unemployment rate and new optimism that the economy is shaking off its slow-growth shackles.”

With this in mind, trend forecaster Li Edelkoort predicts that our consumerist behaviours will eventually reset to their pre-pandemic state.

Since the economic disruption has turned out to have very positive effects on the environment, with declined carbon emissions and pollution in China, Edelkoort is hopeful for a better system to be put in place post-pandemic. For example, many people have started supporting local businesses and neighbourhood manufacturers rather than larger corporations which is a trend she predicts is here to stay.

So according to this prediction most people will revert to their pre-pandemic consumption behaviours, such as Valeria Martinez-Kaigi predicted would happen in regards to people general behaviour. However, the few people who adopt new behaviours according to new lifestyles and world views might sustain those changes in the long-term or even permanently.

Findus is a social psychologist and analyst working with NISAD on a number of our projects – in particular, currently, with the development of ELK.Health’s #CertainAbout Uncertainty programme.

If you would like to be one of the first to use this programme, please contact us.

The programme is completely free and designed to support people who feel that things, currently, are causing them stress, anxiety or depression.