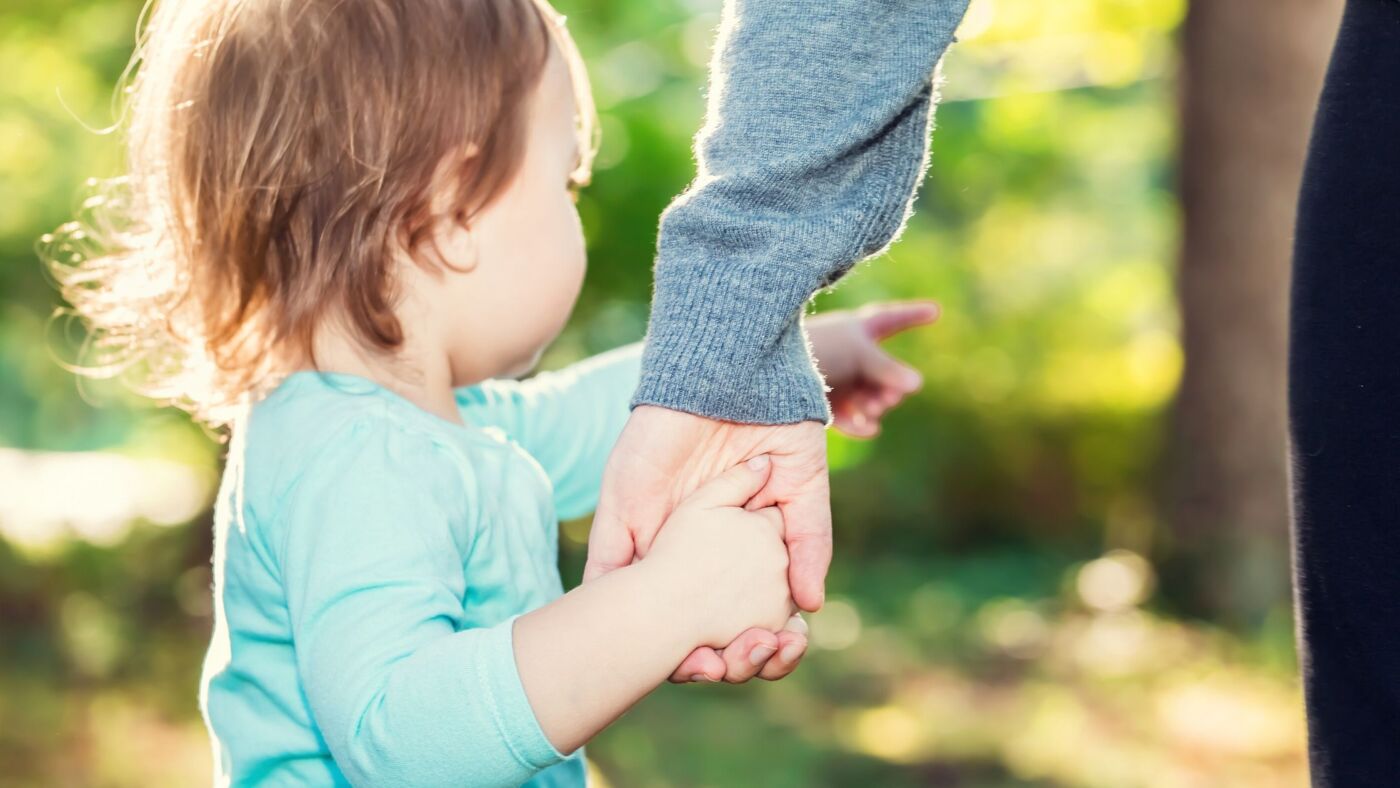 One of the few things I can appreciate with the lockdown is that my boyfriend and I experienced all of our daughter’s milestones together because of it.

Things like the first time she stood up, her first word, her first birthday and practising walking with her on the grass outside our flat.

It feels a lot like when she was a newborn with all of us spending so much time together as a family. Only a whole lot less chaotic.

Changing nappies in the middle of the night and falling asleep sitting up has been replaced with being followed around by an almost toddler charging around exclaiming “UP!” with her arms raised.

Imagine if my boyfriend and I had been at work and a childminder would have been the first one to witness all of this. It wouldn’t have been a disaster or anything of course, but still, we’re very lucky in that sense.

Our daughter started communicating with us a lot more in general. When she wants to watch baby videos, she hands me my phone and stares at me until I get it.  A very Swedish behaviour if I may say so myself.

When she wants to go outside, she sits by the front door like a dog. She even tried to crawl through the cat flap whilst carrying a picnic blanket.

We all watched Boris Johnson’s speech a few days ago.

The new regulations are confusing, to say the least.

We are now allowed to be outside as much as we want.  We can play sports with people from your household and take your car to places to do so.

This part of it is good, but I personally don’t think I need more exercise. If anything having the previous 1-hour exercise outdoors a day has been like a fitness retreat for me.

From June 1st workers on furlough are encouraged to go back to work, unless they are able to work from home and provided the employers can make sure the employees stay socially distanced from each other.

I’m not sure who this applies to as it does not include shops, restaurants, leisure or non-essential stores and most other people are already working from home.

Schools will open for year 1 and 6 as well as nurseries.

Boris Johnson himself said year 1 and year 6 should have some time with their teachers before going on summer leave. He failed to mention why this particular group of children have been deemed “safe” to go back to school as normal.

With nurseries re-opening, this means potentially sending our 14-month-old daughter to the nursery for the first time.

I didn’t even get to see the nursery before picking it, as this was just at the beginning of the lockdown and I wasn’t allowed to go inside.

With the promise from the parents of my daughter’s two best friends that this was a good choice, my boyfriend and I had to make our minds up on the spot and then slide a cheque through the mail slot in order to secure the place for our daughter.

I might try and put off sending her there for a month or two.

Most likely I’ll still have to pay a retainer in order to keep her place there.

But it just doesn’t seem safe at the moment. Even though babies and children, in general, don’t tend to get corona as easily, it doesn’t mean they’re immune nor that they won’t carry it and still spread it. And then all of our efforts will have been for nothing.

I can’t say I’m on board with it all after over 33 000 Brits have lost their lives to Covid-19 and the daily death rate has only gone down from over 800 to around 600 deaths a day.

And in the midst of this, my boyfriend has had a consultation meeting about potential redundancies and pay cuts for the company he works for.

How can the Prime Minister be so sure that Britain will bounce back from this disaster that affects the entire country (not to mention the entire world) in more ways than just the virus itself?

How can I possibly send my daughter to nursery and expect all the babies and staff to do social distancing?

Surely, when looking after a baby, you would comfort them with cuddles, carry them to their highchair and put them in their cots?

So it looks like I might have to pay for a nursery place I have no intention of using for a while.

But hey, at least we can all play frisbee without being fined.