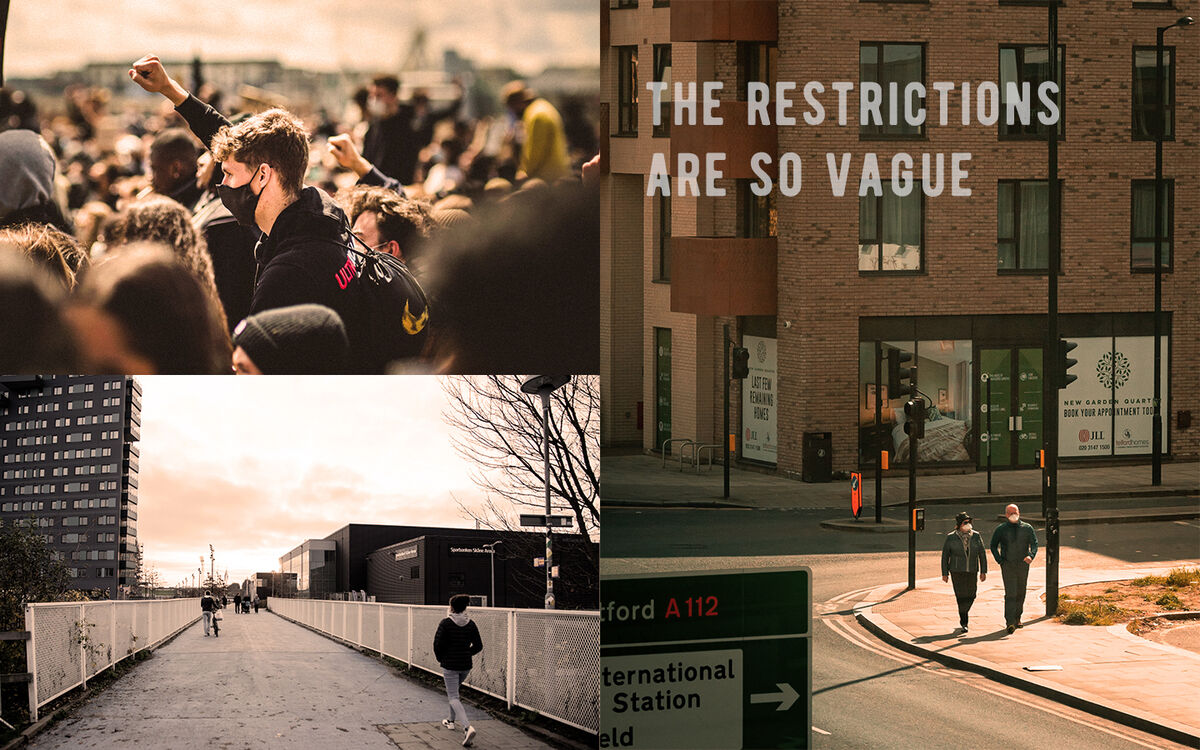 As a Swede in the UK, I am doing my best to stay on top of both English and Swedish current events, especially these days.

I found out recently on the news that England has the third-highest COVID-19 death rate in the world, which is probably why the restrictions have been so strict.

I am allowed to go out once a day for exercise or for doing essential shopping. I am absolutely not allowed to meet up with friends or family, even in public places outdoors.

The schools, nurseries and even parks are closed as well as non-essential stores and businesses. People wearing face masks are wandering around the streets aimlessly, keeping at least two meters’ distance to anyone they pass. Sometimes that means going out in traffic in order to let someone pass.

This may sound extreme, borderline hysterical even. But in a strange way, it has brought us all closer together.

It makes me thankful when people go out of their way to let me pass with my pushchair.

It’s so important that everyone is on board with the restrictions and tries their best to follow them so that as few people as possible are exposed.

Of course, there are exceptions, but in this day and age, it is not socially acceptable to break the government’s restrictions.

And then there’s Sweden, my beloved mother country.

A close friend of mine is getting a babysitter to have a night out with her husband. They’ve even booked a hotel. It’s very cheap now apparently.

Another friend is sorry I can’t attend his son’s baptism. As much as I hate missing important days, baptisms are listed as events to avoid in Sweden. My friend ensures the guests have been limited to ensure there are less than 50 people in the church.

I honestly feel a little bit annoyed. I’m jealous of course. I would love to meet up with my friends at cafés and pubs and be able to send my daughter to nursery, so that I can actually get some work done. But in all honesty, I don’t think social distancing is really a thing in Sweden.

Who’s controlling the crowds and the number of people allowed at the venues? Are they all staying 2 meters apart? Hardly.

But then again there are more people in London than in all of Sweden so one would understand why the Swedes have been more relaxed about it.

My main concern is the polarized group.

The Swedes are worried, yet not worried. Parents think it’s handy that schools stay open, yet the children of parents in the risk group must go to school or the parents will get contacted by social services on the school’s behalf. Even when the parents forward a sick note saying the parent and/or the child is in the risk group.

It does not seem like the Swedes are united on how to deal with COVID-19. The restrictions in general are quite vague and come from the public health agency rather than from the government.

As such, a lot of responsibility is put on the individual to keep their distance, wash their hands and avoid public events etc.

To me, it seems that this leads to people in Sweden asking whether they are allowed to do certain things rather than asking whether it’s safe or not. Some people even seem offended by the restrictions.

I saw on the news the other day that students graduating this year are planning a coup so they can still celebrate their graduation in a traditional manner. Putting thousands of people at risk.

In general, I have seen a lot of defiance regarding the few restrictions Sweden has.

Recently a politician went to Stockholms’ busiest market square and licked the handles hoping to catch corona . He then went to a budget meeting and immediately got sent home. In a way, I can’t blame Swedes for not taking corona seriously when the restrictions are so vague and most businesses remain open as if nothing’s happened. Restrictions are of course taken, but in such a mild sense that I’m wondering if it makes that much of a difference.

The passengers board the buses through the back door to avoid contact with the driver, yet there are still many different passengers from many different households crammed into the same vehicle.
Going to school, to work, to visit friends, to go on field trips.

Do I think Sweden’s system is a disaster? No, not at all. But it is unclear. If baptisms are to be avoided, churches shouldn’t agree to do them.

So can I really blame any of my Swedish friends for wanting to continue as normal? Of course not.

If cafés are open people will go.

If stores are open people will visit.

If hotels are open people will stay at them.